For most homeowners, it can be difficult to know when your trees need to be trimmed. Besides that, many people assume that you just clip off the branches and you're done. However, tree trimming is a bit of a science due to the fact that trees are living organisms, and it is done to promote the tree's growth, prevent the failure of branches, and remove any unhealthy growth. In addition, there are multiple types of tree trimming. Keep reading to learn four different types of tree trimming.

Dead pruning is a trimming process in which you remove the branches that are already dead, dying, or diseased. This process is also referred to as crown cleaning by some, and it will help to improve the tree's appearance. When it comes to dead branches, it is not a matter of when whether or not the branch is going to fall but when it is going to fall. It is better to remove these branches early to reduce the risk of injury or property damage. In addition, this process will help prevent diseased branches from spreading sickness while enhancing the tree's appearance. Sometimes, you can minimize the dead wood rather than the entire branch, which will make the tree look cleaner and less dangerous.

This type of tree trimming consists of taking out the weak branches so that the canopy can be opened up. It will improve the light and air penetration into the tree while also reducing the load of the bigger branches since the damaged branches will be removed. With crown thinning, you will want to make sure that unwanted branches are removed all throughout the crown, even around the edges. However, make sure that you don't focus too much on the center, since this could impact the tree's overall structure.

Crown lifting is the process of cutting off the crown's lower limbs to reduce the mass of the bigger branches. This type of trimming is done to clear roads and sidewalks and remove limbs that could be impacting your home. It can have negative effects on trees that are fully grown due to the fact that larger limbs can leave bigger wounds.

This type of tree trimming consists of reducing the tree's overall height. It is recommended on younger trees as opposed to older trees, as it is better to remove the whole limb. With crown reduction, the primary goal is to remove terminal limbs so that you can preserve the primary branch. It is important that a professional performs this tree trimming task so that the tree continues to grow properly and the risk of decay is minimized.

For more information, contact a tree service near you. 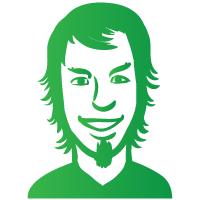 I love and appreciate all of the trees around my home, but I do worry about what will happen during a strong storm. Will I get rudely awakened by by a tree crashing through the roof into my bedroom? Will a tree fall and take down the power lines that my family relies on each day to live our comfortable life? This blog will show you what you need to know before you go cutting down all of the trees on your property to maintain a safe living space and advice for picking and choosing the trees that will remain.